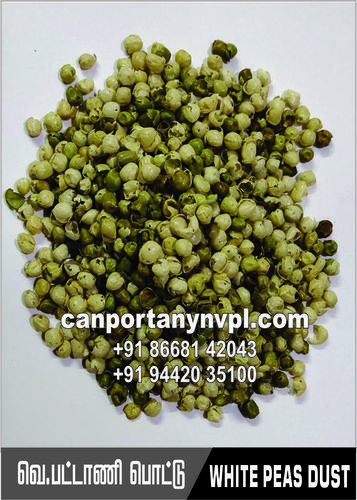 WhitePeas Husk compares favourably with other grains and co-products for severalnutrients. White Peas Husk are considered a crude protein source. Energy levelsare similar to corn for most livestock species with starch (54%) and digestiblefibre (hemicellulose fraction 7%) accounting for most of this fraction. Fat isa modest contributor at 1.55%. Amino acids are important to swine and poultryand its amino acids for beef and dairy cattle and sheep. However, rate andextent of ruminal degradation for both starch and protein are important toruminants.  White Peas Husk complementsmost other grains and can serve as a pellet binder for manufactured feeds.

Severaldifferent classes of poultry can utilize white peas husk in their diets withproper consideration for meeting nutrient requirements. White peas husk can bea viable energy source, as well as a protein source since the amino acidprofile closely matches requirements for many of the poultry species. Lowlevels of trypsin inhibitors in spring-seeded it allow feeding withoutroasting. Grinding is the preferred processing method for white peas husk inall poultry diets. For laying hens, white peas husk can be fed at up to 40% ofthe diet without severely affecting performance, but 10% is a more practicallevel with equal performance. Broilers and turkeys can consume 20 to 30%  white peas husk without affecting performance.Commercial xylanases and betaglucanases added to poultry diets increasedprotein digestibility in diets with high percentages of white peas husk. Due tothe shorter digestive tract and rapid passage rate, energy derived from white peashusk by poultry is similar to barley.

The versatility of white peas husk is evident as peas have been usedsuccessfully in pre-ruminant baby calf diets as well as lactating cow diets. Instarter diets, it can be included at up to 40 to 50% of the concentratereplacing portions of corn, barley, and/or soybean meal. White peas husk can beused as the sole protein source for growing heifers. Young cows are also moresusceptible than second lactation and older cows to lack of escape protein inthe diet. White peas husk replacedsoybean meal as a protein source without affecting feed intake, milk yield, or4% fat corrected milk and it can be used at up to 25% of the concentrate. Iteffectively improved ruminal pH when substituted for barley in lactating cowdiets. Small particle size allows maximum digestion during the relatively rapidpassage rate of digesta through the gastrointestinal tract.

Experiencedshepherds esteem white peas husk for Fattening Sheep - supported by recentresearch using field pea in growing and finishing lamb diets. White peas husk appearsto have a net energy value at least equal to corn and in one trial 14% greaterthan corn. White peas husk was successfully included at up to 45% of thefeedlot diet, replacing a portion of the corn and all of the soybean meal. It appearsto be an excellent source of energy, protein, vitamins and minerals for growingand finishing lambs. Least cost rations should be balanced based on relativefeed costs and expected performance.

Thenutrient density and low fibre levels in white peas husk makes it an attractivefeed for swine diets. Balancing these diets requires appropriate complementaryfeeds or supplements. Starter diets can contain up to 15% white peas husk, anda maximum recommended level to 20%. Early weaned pigs should weigh at least 20pounds and be 20 days old before introducing it. For growing finishing pigs,substantial evidence exists that it can replace all of the soybean meal and aportion of the basal grain in wheat , barley, and/or hullless-oat grain baseddiets.. Growing diets for swine may contain up to 40% white peas husk.Recommendations from finishing research indicate pigs perform well on dietsthat contain from 10 to 43% white peas husk. Addition of the enzymes phytase(phosphorous metabolism) and xylanase (fibre digestion) further increasedperformance of growing pigs fed with white peas husk. In lactating sow diets,it can replace up to 30% of soybean meal without affecting performance. Whitepeas husk should be ground or pelleted with other feeds when included in swinediets. It must compete economically with other feeds as an energy and proteinsource and can be used without affecting animal performance. 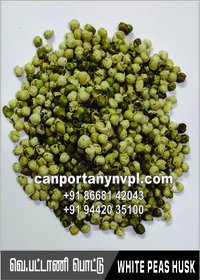 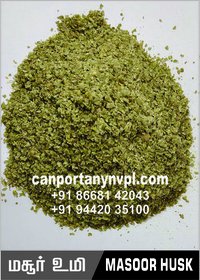